Let’s get to know all about the Play Station 4 which is yet to be launched, for all the rumors about this gaming console, why don’t we get some real news about it. Our sources for now, have given us very valuable information about Sony’s plan for the make of the Play Station 4. 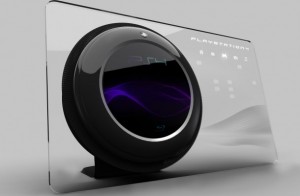 All the gamers worldwide, you can expect certain options for social networking which will add life to your gaming trial. Players will be able to play game online and also can invite their friends to watch online. Not only, the players friends can watch it, but the player can actually talk to them as they are watching the game play. The gaming session can be recorded and shared over the web using the share option. This share option is done using a dedicated key for sharing that is found on the controller.

The controller of the new Play Station 4 has some new features added to it, it is the Share button (as mentioned earlier), a touch screen, head phone jack for audio support and the best one, a power button, that lets the gamer power on or off the controller.

The gaming console is actually a PC, it is processed using a X68 processing unit, 8 Giga bytes of RAM and a local hard disk drive, this is the hardware specification on the Play Station 4. It does not end with the gaming console update, but it has just started. The games that are developed for the play station 4 are promised to give an environment that was never seen before neither heard of. The games will be more realistic, dynamic and graphically improved from much more than what was before. The Sony with its social network aspect is trying to wipe out its rival, the microsoft’s upcoming , Xbox 720