Landlines were once in nearly 100% of all American homes but have become almost completely replaced by cell phones in the last 20 years. But vinyl records made a comeback: will home phones ever bounce back in the same way, or are they consigned to the dustbin of history? It is important to understand the possibilities here before investing in an upgrade for your house.

Landlines are Still Around: For How Long?

What may be surprising to some people is that there are any landlines at all in the country. However, surveys find that nearly 40% of all American homes still have a landline. What keeps many people attached to the lines is an interest in tradition and nostalgia or simply costs.

After all, older people who rarely travel may find the $500 cell phones too much for their linking. Or they may bundle their internet and cable costs with their landline, meaning that they can save a lot of cash on all three without running into any price hikes along the way.

However, it’s easy to see that cell phones are going to eventually completely replace landlines. After all, 97% of all people in the nation have a cell phone, and while many still have a landline, that number will go down as phone costs continue to decrease in many markets.

Interestingly, there’s a new trend that could affect landline use even further but still provide homeowners with a permanent phone line at home. Voice over internet protocol or VoIP services are becoming very popular and could compete even more with cell phones soon.

VoIP is a unique phone option that has become very popular with businesses because it creates a unified communication method that integrates physical and cloud-based phone communication. It sends phone calls over broadband internet and can be used either via computers, cell phones, or landlines.

This option has become popular for businesses because it is much cheaper than traditional landlines and offers many of the same benefits. Small companies are drawn to it because it can help them stay in touch with remote contract workers and cut back on their expenses.

It also lets you sync your cell phone to a physical phone, letting you take calls from the same number no matter where you go. Will this option overtake cell phones? It’s hard to say, but as more people learn about its benefits, it could see a big surge in personal or residential use.

Knowing When to Change

Is it time for you to upgrade your landline to VoIP? Should you stick with your cell phone plan and avoid paying extra money for a change you may not need? The debate is likely to rage for a long time in many circles, meaning that it is important to do some more research. Talk to a VoIP company to learn more about your options and to get the best experience possible for your needs. 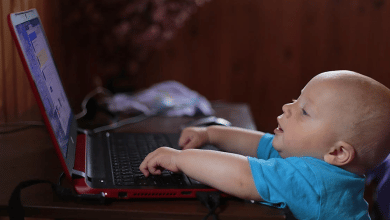 Top Sites to Stream Your Favorite Sports Content for Free