Virtual reality is now one of the huge and most-awaited trends this 2016. There are numerous virtual reality devices that are being lined up these days, which certainly have strong appeal to the market. Hence, technology has really become an essential part of people’s every day living.

One of the most popular innovative headsets to watch out for in the coming months is Sony’s PlayStation VR. This will be the first-ever venture of the company into virtual reality, which is expected to take all players to a whole new and exciting level of gaming.

In fact, Sony’s main goal with the VR is to bring a sense of presence to each player and make them feel that they are actually inside the gaming world. This gives the player the chance to experience what virtual reality is. In addition, the PlayStation VR has an enhanced tracking accuracy as well as visual experience, making it at the topmost best virtual reality headset list.

According to Paul Raines, Chief Executive Officer of GameStop, the VR has the strongest line up of games as compared to the Oculus Rift and HTC Vive. It has a bigger chance in leading the competition because of the rumored content that will be available in it. As recent reports claim, it includes action-packed games that every player will definitely love. Rumor has it too that you will be seeing more than 10 launch titles as soon as it’s officially release.

Furthermore, PlayStation VR is a tethered headset, which utilizes curved lenses to expand. It boosts a 5.7-inch screen across the player’s field vision. Also, it has numerous sensors that are used to tell which way the head of the player is pointing at. This means that wherever you look, you will see a part of the virtual world.

In terms of its pricing, the VR is alleged to cost at around $500. However, the company hasn’t revealed its actual price yet. It is worth noting that the device’s price might be subject to its specifications and features. Thus, you must expect it to be a little costly, but worth the price.

Unfortunately, there is no further formal announcement regarding the headset as of the moment. The company is still tight-lipped about some of VR’s important information, including its official release date and price. Nonetheless, it is good to know that it is arriving any time during the first half of this year.

All Sony spectators are totally excited about the PlayStation VR and will surely take their time and money to try this one-of-a-kind piece of technology. With the VR, you will extremely feel that you are on the gaming field and truly playing inside it. This is the reason why many people are too giddy to get a hold of it in the coming months. So, when it’s finally out, you may start buying PS4 games online at Harvey Norman that are compatible with the VR. 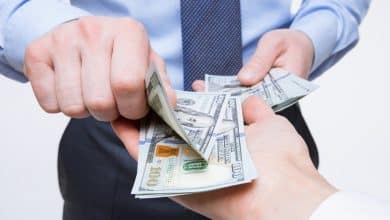