Earlier In this year, Xiaomi Mi 6 is the first smartphone to be launched.  Now the year coming to an end, so a rumor has been started about next year’s flagship of Xiaomi Mi 7. 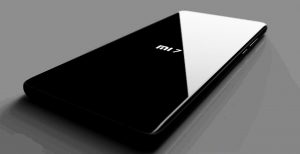 That rumor has come with the expected price range and expected specifications of Xiaomi Mi 7. The rumors have surfaced online suggesting at what next year’s flagship device could look like.

It founded by “Gizmochina”, the Xiaomi Mi 7’s likely to follow the on-going trend in the marketplace and transport with thinner bezels and full HD screen when compared to this year’s Xiaomi Mi 6.

In terms of expected price range, the Mi 7 is expected to selling at a price starting 2,699 RMB (approx. Rs 26,500) in China. If rumors are to be true, the Mi 7 is likely to launch in the first part or early second part of next year.