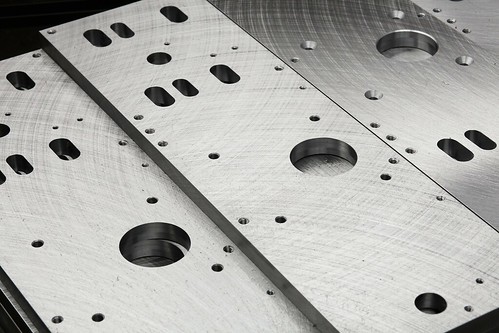 Recent developments in the world of CNC machining has left many people in the industry reeling, with some wondering whether there is even going to be a need for CNC programmers in the near future. As knowledge-based machining, adaptive and closed loop machining, as well as automated feature recognition becomes more and more sophisticated, many believe that there will come a time when this process becomes so automated, there might be little need for human programmers to be involved. At the moment, CNC machining might be a very programmer oriented field, but this is set to change in the near future.

A Peek Into The Future

Technology, similar to what being used at ABCO Precision, is advancing at such a quick pace that it might be difficult picturing what the field will look like in a couple of years. Only a few years ago, 3D printing was barely more than an idea, but it has now evolved into something that could end up replacing previously popular manufacturing processes altogether. This field has been labeled as digital fabrication or additive manufacturing and its aim is to create objects through the successive layering of materials.

Giving the public the power to make just about anything is going to change many facets of the manufacturing world, including how disputes are handled with regards to intellectual property, according to the experts. One of the many industries that will be affected by these changes is the toy manufacturing industry. It is thought that children will obtain CAD files that will contain designs specs for a certain toy, for example, and after they input this information into a 3D printer, the finished product will be an exact duplicate of the real thing.

Entering Into The Information Age

This is only one example of how CNC machining is going to change with the digital age of information. It is the personalization of the manufacturing process that will most likely end up having the biggest effect on the CNC industry in the future and this becomes evident when you consider the history of the personal computer. Computers used to be so large that they could fill rooms, while printing presses used to take up entire warehouses, but this evolved over time. As time went on, these processes were “shrunk” so that they could be utilized by individuals within the comfort of their own homes, and it is thought that the same will happen with CNC machinery. Not only is the machinery getting smaller, but it is also becoming more affordable, more versatile and much more user friendly.

Affecting Industries Around The World

There was once a time when CNC machinery was used solely to manufacture parts that were going to be used in the aviation industry, but this has rapidly changed over time. As these machines become more flexible, personalized and cost effective, they can be altered and put to work to accomplish just about anything. The fact that the field is drawing young, enthusiastic engineers is helping to breathe some fresh life into the industry is one of the driving forces behind its evolution.

The future for CNC machining is bright and there is no knowing what this industry will look like in 50 years. Just as personal computers have allowed just about anyone the opportunity to become programmers, a personalized CNC machine could end up turning anyone into the next great inventor.