Samsung hinted it might go big and big it has gone, with a massive 5.2 inch display with an aspect ratio of 16:9 and a screen resolution of 1280×720 pixels, the Samsung Galaxy Grand 2 is Grand to say the least. Just like the Note series of phones, the Grand 2 also supports multiple window format for running two apps simultaneously. Unfortunately the screen is not Super AMOLED, but that doesn’t mean it is not good. The colours are vibrant and watching movies with the perfect aspect ratio is a pleasure on the eyes. It is powered by a 1.2 GHz quad core snapdragon processor with an ample 1.5 GB of RAM to ensure there is no lag when it comes to running simultaneous apps on the huge display. 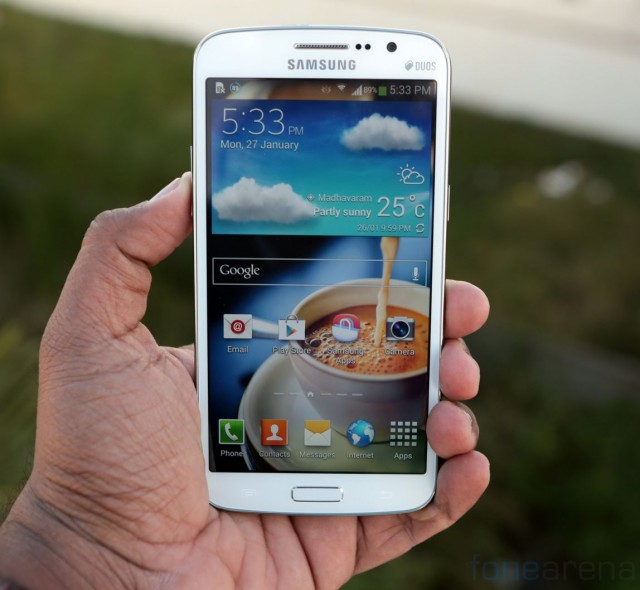 The Grand 2 features the same 8 MP camera as on the Grand, but i is bumped up with specs such as Best Face, Best Photo, and Continuous Shot to make the camera experience, much more satisfying. The 1.9 MP front camera is excellent for video calling over 3G networks.

Storage is limited to a meagre 8 GB, but thankfully this can be upgraded to 64GB via a microSD bay to house all the media and some of the huge apps that are available on the play store of the Android JellyBean 4.3.

The phone is Feature packed with connectivity options such as GPS with glonass, Dual 3G sim cards, Bluetooth 4.0 and Wi-Fi with dual antennas to give an extremely high data transfer rate. The signal quality is generally good with the antennas working even where the signal connectivity is low. The phone comes packed with a 2600 mAH battery which samsung claims to give almost 17 hrs of talktime over a 2G network. 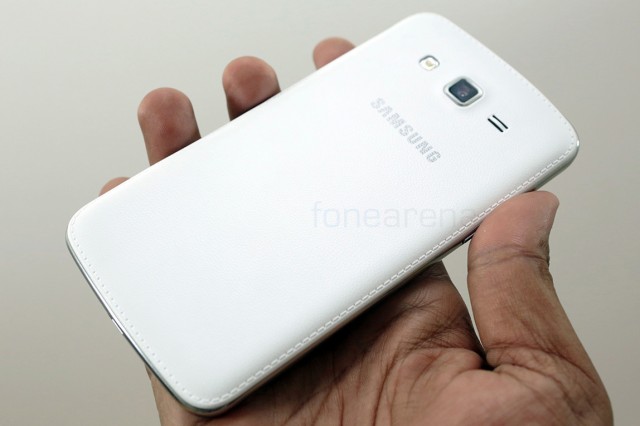 With the horde of smartphones out there, it can get difficult to choose which one to buy that suits our needs. But with the 5.2 inch display and much improved configuration and camera, the Samsung Galaxy Grand 2 is a very good option at a comparatively much lower price than high end phones. It can now truly say that it gives the smartphone experience at much less cost.