Things have improved a bit when you decide to call people you know on the iPhone 5C. As with the iPhone 5C, the 5C sports a triple microphone setup which lets you block out noise around you to focus your dulcet tones down the handset and into the plug holes of the person who is on the other end of the line. So the 5C has decent audio quality when it comes to the calling feature, but if it cannot hold on to the signal, that will go in vain and will be declared as a failure. Thankfully the antenna jinx which plagued the iPhone 4 have long gone and the large steel frame which acts as the mast for the 5C is hidden under the plastic body. That means they’ll be no unfortunate death grip here. The iPhone 5C managed to cling to signal even in areas where networks are traditionally not as strong and there are hardly any issues with dropped calls. 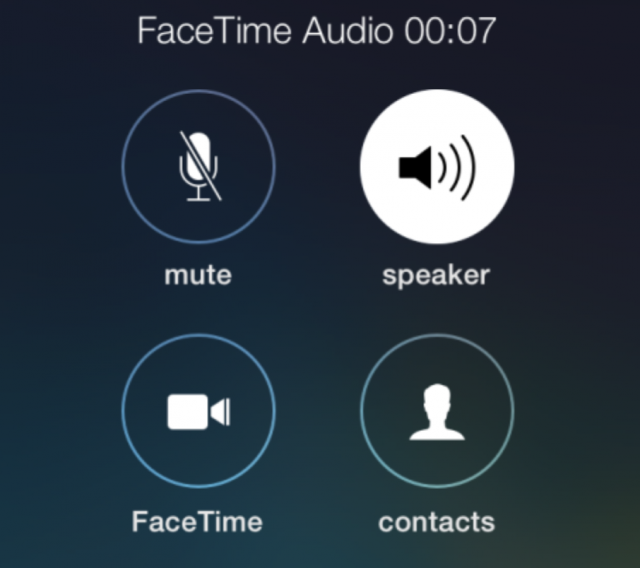 However, the phone app is not much recommended. The reason is the dial pad which is the screen you’re taken to by default when opening the app – doesn’t support smart dial, so start typing a number and the 5C won’t offer up any contact suggestions. There are links to “recent” and “favorites” from within the phone application, allowing you to quickly call someone back or get to someone you contact frequently – but it all means extra key presses, and we’re busy people. In short the iPhone 5C offers pretty much a carbon copy of the calling experience you get on the iPhone 5, albeit with a shiny new iOS overlay.

FaceTime: The added benefit of picking yourself up an iPhone is the fact you get access to Apple’s video calling service FaceTime – allowing you to make video calls to other iDevice users over Wi-Fi and via your 3G or 4G network. The front facing, 1.2MP camera on the iPhone 5C is snapper in question when it comes to FaceTime and its ability to record in 720p means quality tends to be very good until and unless your signal is strong enough.

One thing you can do is to switch from the front to the rear facing camera, if you wish to share your view with the person on the other end of the call. If you think of making a FaceTime call over your cellular network ensure your data plan can cope with transmitting video calls, otherwise you may be in for a nasty shock when your bill turns up at the end of the month. Make a FaceTime call over Wi-Fi however and it won’t cost you a penny. While this may not be anything new, with the likes of Skype having offered similar services for a longer period of time, there’s no denying Apple’s implementation is slick and effective.

Calls on video as well as audio is depicted as very good, although if you’re in especially noisy areas, you can pop in the bundled ear pods and you will get in the iPhone 5C box to cut down on background shenanigans.