Taiwan HTC smartphone creator gave assurance for Android 8.0 Oreo update for its flagship, the HTC U11, before this year.

HTC has started rolling out an update to HTC U11 edition also it seems to be limited edition to Taiwan.

Some U11 users have started sharing a screenshot of an upgraded device on social media. Like upgraded notification and Android 8.0 Oreo update with security patch 2.31.709.1 and the main thing is the size of update file is over 1GB.

The main feature of HTC U11 is Edge Sense feature that allows users to perform various functions with the handset by simply holding it from device edge. 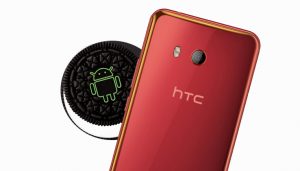