LG declared its flagship LG V30 and LG V30+ smartphones at IFA 2017. However, at the time of the unveiling, the company did not give away the details about the rating of their new phones. Today the company publicly presented their phone in South Korea and also shown the price of the phone along with the 128GB LG V30+ models that tell that it will be inexpensive than the Galaxy Note8 that was launched in India this week. The newest flagship phone by LG Company is a successor to the LG V20 and it claims OLED display, dual-rear-cameras, and B&O PLAY audio support as some of its new features. 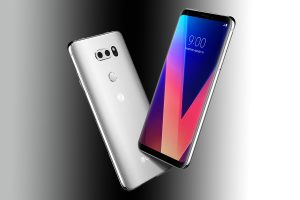 It will be offered for pre-order from 14th until 20th September and goes on sale from 21st September in Korea. LG previously said that the phone will steadily roll out in North America, Asia, Europe, Africa and the Middle East in the coming weeks.