After a lot of expectation, Apple has finally revealed the pre-booking date for the Apple iMac Pro, its most powerful iMac edition from Apple. First unveiled at WWDC (Apple Worldwide Developers Conference) in June 2017, it shows 5K resolution Retina display that has already been obtainable with the existing 27-inch Apple iMac, but bears highest developments with up to 18 core CPU, 128GB of RAM, and a 16GB of Radeon Pro Vega 64 GPU. 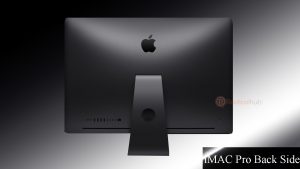 It will start taking orders for the Apple iMac Pro in the United States 14th December, with a base price of $4,999.